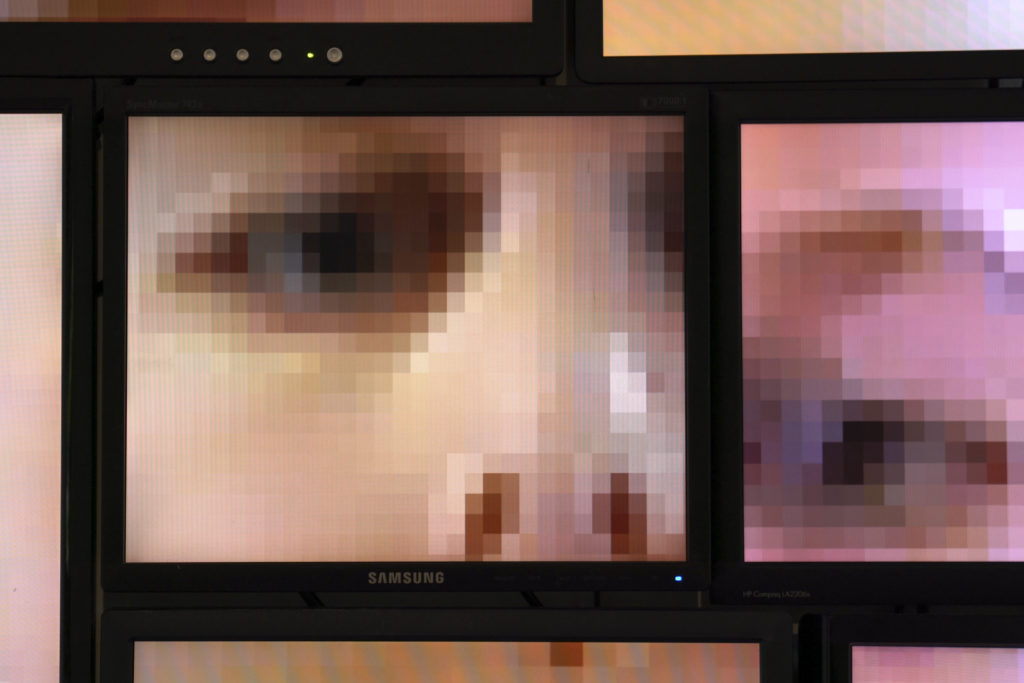 In 1979, Rosalind Krauss described the grid as ‘anti-natural’ and ‘anti-real’. These sentiments seem ever more relevant in a world saturated by screens. Pixels, millions of tiny, gridded squares now govern much of our existence. It’s unsettling to think that while we watch the screens, they quietly watch back at us.

We are often passive to this exchange, aware of the surveillance in screen-based devices but happy to ignore it (at least for as long this relationship remains convenient). Bowes brings our 21st century to-and-fro with screens to the surface, reflecting the viewer back at them in various ways as his installations watch them within the gallery space. Disjointed and disfigured, recognisable but not representational – their mirrored surface creates a caricature of the viewer that can be equal parts captivating and disturbing.