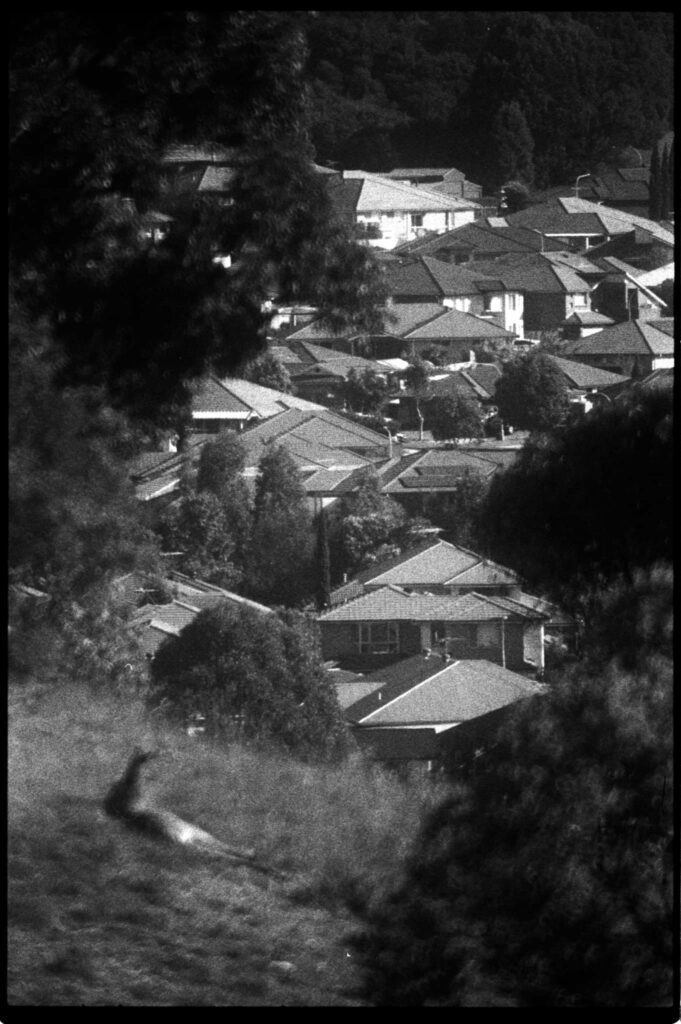 Selected Suburban Works are a collection of images taken this year after moving to south west Sydney from Melbourne. The work attempts to isolate and simplify themes and motifs of Australian suburban life. By utilising unconventional compositional techniques, shooting from unusual viewpoints and by displacing key subject matter to the peripheries of the frame, the work attempts to paradoxically suggest an immediacy and absence of composition. What remains appears as an impression or fragment of a much larger scene perceived at a brief instant in time; flashes seen out of a moving car window or a peek through the shutters. The work is taken in soft, diffused and hazy atmospheres, shifting between planes of focus and masking detail in an attempt to recreate the effects that time plays upon memory. Realising that perhaps what is most precious, is also most fleeting, the work pays homage to the Australian tonalists of the 1920’s and the sketches of George’s Seurat and attempts to revive and reinject these principles and ideas into contemporary practice.