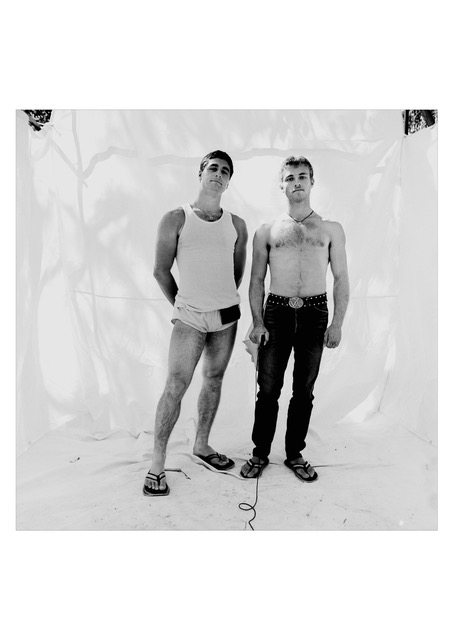 In the summer of 1985 I set up a camera in a canvas booth at public events in Canberra and invited passers-by in to make photographs of themselves. The 400 images I collected that summer borrow from Richard Avedon’s large format studio portraits, but my purpose was not to make art. Instead, I was investigating the idea that something interesting might happen when I asked people “who are you?”, and made it possible for them to show me (and not just tell me) a story about themselves, in one photograph, at that moment in time.

Significantly, the project pre-dates the selfie by some decades. In contrast to the performative nature of that style of contemporary self-portraiture, the photographs collected by Picture Yourself are gentle, quirky, honest and straightforward depictions of a community and individuals not yet obsessed with self-image making, privacy and image ownership.