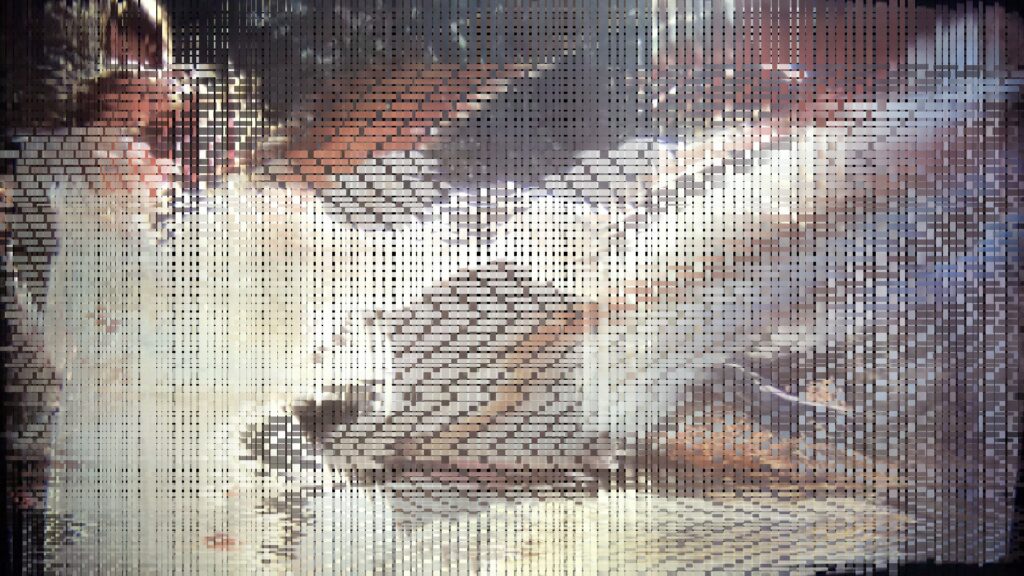 Light Materials by Caroline Huf is an exhibition of the artists experimental ‘weaving’ of film; traversing the digital and physical realms. The iconic Australian film, Peter Weir’s ‘Picnic at Hanging Rock’, becomes the focus of her experiments with its bush landscapes, lost girls, and white dresses embedded in the cultural psyche. Each scene is pulled apart, altered in speed, scale, and moved out of time to appear as woven patterns and twills. The films pan pipes transform into a grating industrial sound and the threads slowly disappear, to suggest the threadbare worn out myth of colonialism.

Huf’s woven creations transcend the screen directly in to the landscape as wearable art. The dress, woven from 16mm film, unravels as it moves through the landscape before being fed through the projector and in to the gallery. Both the dress and its experience become an ephemeral memory. Children lost in the bush is a major theme in Australian art; it’s the colonial fear of an unfamiliar landscape. Huf suggests that an antidote to colonial anxieties might be to get more lost, to be consumed by, and to fall in love with, the landscape.

Caroline Huf is a recipient of PhotoAccess Dark Matter 2021 award.